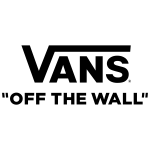 The Classic Slip-On has a low profile, slip-on canvas upper with all-over checkerboard print, elastic sides with foxing stripe and outsole details just like the original.

Originally known as ”Style #98,” the shoe that was later to be dubbed as the internationally recognized Vans Classic Slip-On quickly found its feet firmly planted in the Southern Californian budding skate and BMX scene of the late ’70s. Today the Slip-On continues to reign as the brands most iconic silhouette.